Hi! My name is Jonathan, and I’m a third-year game design student at Uppsala University. I’ve previously studied for three years at a high school game design program and have worked as a game designer on the card game The Bazaar. In addition to projects made during university, I’ve taken online programming courses and constantly work on personal projects. 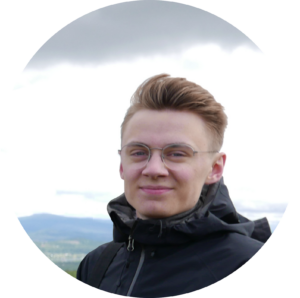 Remote work on streamer and esports team owner Andrey "Reynad" Yanyuk's strategy/card game "The Bazaar". You build your strategy throughout each game which makes every game a new experience. While a competitive game, The Bazaar aims to reach a broad audience with simple, yet deep design.

Joining the small development team, my role was to help with all aspects of design. I mostly worked on what I and the other developers felt would contribute most to the project at the time. Partly due to time zones, I worked individually and brought materials to meetings for discussion.

As my first game design job, I naturally learned a lot about the process of making a game as a team and specifically working with other game designers. Here are some of the learnings/realizations I had:

Ortus is a second-year student project developed over two months in Unity. Solve 3D environment puzzles utilizing your boat and its remote control. Explore a water-filled cave system on a distant planet.

With the help of the whole team, I was responsible for the game's design and project management. My primary focus was on prototyping puzzles on paper and then building the levels in-engine.

I wanted to ease the player into the game mechanics and puzzle style similar to what you do in smaller puzzle games with lots of puzzles. The biggest problem encountered during development was that we could only fit a few puzzles with the style and development time we had. This

The Stump is an arcade game with three unique competitive mini-games played with up to 4 players. This student project was made during my first year at university during an arcade course. Play as woodpeckers catching insects, racing/eating larvae, or forest mice storing food.

I pitched this project to my previous group after bouncing ideas with some friends and family. As the "producer", I mostly worked with what I felt necessary, or interesting at the time.

The Stump was the first project worked on full time during University. Therefore, I'd say it mostly was learnings of bringing games to finished states. Here are some other learnings:

My first digital solo project was made during the summer break after my first year at University. It's a simplistic puzzle game where you merge water droplets onto a specific spot in x amount of moves. Merging droplets change their size which affects their movement patterns. The project was mainly to practice my Unity development skills but also got to practice some design.

I worked on this project fully on my own and only used assets made or taken by myself. Here are the areas I spent the most time on:

Unity Development
As intended, this project taught me a lot about the process of making a game from scratch. I've been making games in Unity for quite some time, but I've never been programming the major parts, especially alone.

Personal preferences
Doing the project myself, I learned a lot about what I enjoy doing when making a game. Design is a no-brainer, but I surprisingly enjoyed programming a lot. I also love art and making stuff look good, but I've known for a while now that it's not something I'd like to focus too much time on.

Time management
I spent way too much time on things I thought were cool but time-consuming. In this case, I tried to make a blooming animation for the flower. This was much harder than I'd hoped and should've been cut earlier.